Growing up, Halloween was always a time of the year that was all about carving the best pumpkin design, watching Hocus Pocus, making caramel apples with my grandad and mum and competing with friends to see who could get the most trick-or-treat sweets, wearing the best costume. All I saw as a child was a holiday that was filled with fun games, dress up and sugary snacks. As I grew older, I began to understand the true meaning of Halloween and my naivety that it was all fun and games began to wear off as I saw the glimpses of darkness that can so often surround Halloween and its celebrations as an adult.

At university, Halloween is one of the busiest times for clubs and pubs with students hitting the streets all dressed up in gorey, scary outfits and thinking that this is the one night they have freedom to push into their ‘dark’ side for some fun It's almost as if any boundaries that they once had are dropped for this one night. I remember my first Halloween at university and all the crazy outfits and plans people spent weeks preparing for their night out- I was so overwhelmed that I chose to lock myself away in my room because I was so nervous at the culture that overtook so many students over the holiday period. Halloween can be a scary time for students who don’t usually take part or have never experienced the full extent of Halloween ‘celebrations’. How can you help to change the culture of Halloween for students in your university city?

As Christians, we are called to be lights in the darkness because Jesus was the ultimate light which we have living inside us through the Holy Spirit. Ephesians 5v8 says it simply:

“For you were once darkness, but now you are light in the Lord. Live as children of light.”

We aren’t called to hide and watch Halloween celebrations simply pass by like I did as a student. We are called to live as children of light in it! How can you make a difference to the students in your city to bring light and joy instead of darkness and fear? It doesn't have to be about discouraging students from going to Halloween parties or dressing up if they want to do that but how can we encourage them to consciously make decisions to be beacons of light in those environments, especially at Halloween?

As Halloween quickly approaches, maybe you want to do something different to reach students this year but aren't sure what! Below are three simple ideas for alternative ways that will bring some joy and light to students!

More often than not, there are students who aren’t a fan of clubbing on any normal week, let alone Halloween week! There is a lot of peer pressure to go out even if you don't want to, especially during holidays. So give them something to attend instead that will be relaxed and fun! This will give them an opportunity to invite friends who are also looking for something else to do other than clubbing! Make it fun and joy-filled with students building connections with each other which hopefully might lead to them returning to more student events throughout the year!

2. Get out on club mission

Club mission is growing in many cities and what a great night to gather a group of students to help their university pals on a night out than on Halloween eve! Most great faith conversations often happen during club mission on the side of the road outside clubs! It's also an easy win with clubs as they often appreciate having people to send students to that need a bit of extra support so they often end up doing the hard graft for you by sending students your way! Could you go a step further and collaborate with street pastors to help ensure students get safely home after their gorey night out?

How many of us are guilty of turning off our lights on Halloween night and pretending that we aren’t in so that we don’t have to interact with neighbours and trick-or-treaters when they come knocking? The reality is, this is the one time of the year when we can expect neighbours and students to come knocking! What a great opportunity that we can make the most of! Could you make sure every christian student house/halls of accommodation has goodie bags with sweets and an invite to church inside to give out with a welcome smile to students who come knocking! What would it look like to fling wide your church doors and invite students to give out trick-or-treat goodies to passer by students?

These are just a few ideas in which you could reach students during Halloween however, there are so many other ideas too! Get creative, think about your university city context and what would work well for students and go for it! Be bold in being culture carriers at Halloween because everyone around you will be bold in darkness so let’s re-shape the culture and bring joy and light for students! 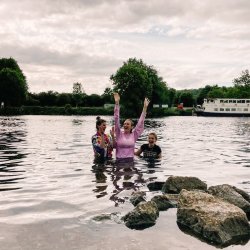 "Going to church at uni reset my foundations again..."

When Grace started university, she had no idea the impact that finding a local church... 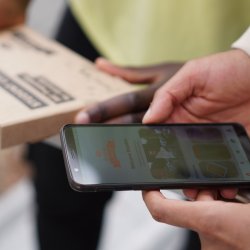 In retrospect, sausages and Yorkshire puddings for breakfast was a dreadful choice. Nevertheless, this is the...

"I just love how God always has something up his sleeve..."

Susanna is going into her third year at the University of Bristol and shares how... 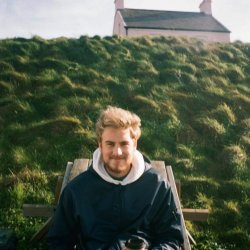 "It felt appropriate to baptise him in my tiny bath in my uni house..."

Matt is a 3rd year student, studying in Manchester. He’s passionate about seeing his friends... 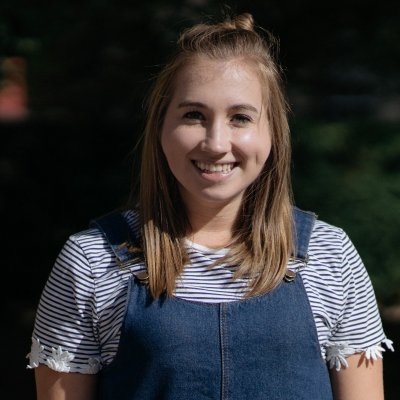 Mollie started student ministry in her final year of university and is passionate about seeing students discover and grow in their God given callings.

All from Mollie Chappell